author of MAY CAUSE SIDE EFFECTS and food network “chopped” champion

Brooke Siem a writer, speaker, and advocate for the practice of safe de-prescribing for psychiatric drugs. Her debut memoir on antidepressant withdrawal, MAY CAUSE SIDE EFFECTS is the long version of work that has appeared in the Washington Post, Psychology Today, and more. Her newsletter, “Happiness is a Skill”, is devoted to antidepressant withdrawal education, healing from depression, and the skill of happiness.

In addition to Brooke’s work in the world of mental health, she is an award-winning chef with over fifteen years in the industry. She co-founded New York City’s Prohibition Bakery in 2011, was named as one of Zagat’s 30 Under 30 in 2014, and was crowned a Food Network “Chopped” Champion in 2017. Though Prohibition Bakery is now closed, Brooke continues to work as a private chef for elite performers and conducts research & development for CPG startups.

When she’s not writing or cooking, she can be found in Nevada, lounging in the desert sun with her rescue mutt, Bellaroo. 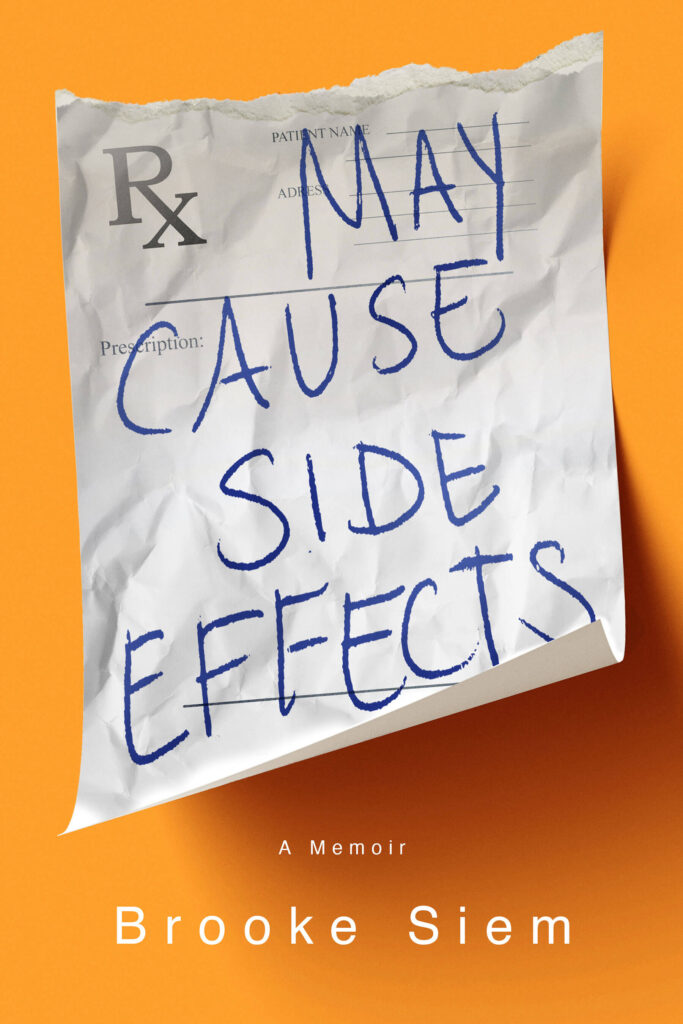 Available in hardcover and audio wherever books are sold.